Schools in the age of the “Unthinkable” 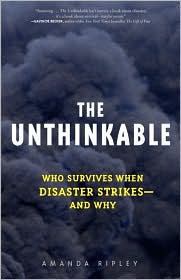 On one of those days that many parents experience, my wife Wendy was at the hospital with our son Jack, who had fallen and needed a few stitches. The visit to the hospital went smoothly. As the doctor attended to Jack, Wendy called home to check on our then seven-year-old daughter Paige. All seemed fine, and then suddenly the day encountered another emergency, “Mom there is a fire and I have to go!” Paige dropped the phone and crawled out of our living room as fire ripped from the kitchen into the rest of the apartment. I was two hours away speaking at an event, Wendy was 45 minutes away at the hospital, and Paige was at home alone with our cook who had been in the kitchen when the fire broke out.

Wendy and I thank her kindergarten teacher, Mr. Dennis Brown (Former Texas State Trooper) who taught all his students to “get down” and crawl when faced with fire and smoke like Paige experienced. Dennis and the school drills saved our daughters life for sure. When the “unthinkable” happens we all go through phases of denial, deliberation, then a decisive moment. Those who survive have one thing in common, “they act.” In this case, Paige acted as she had been taught and practiced. Thanks Dennis.

As schools we must create groups and redundancy, so children and adults know what and how to act. We practice fire, earthquake, and yes we even have terrorism drills. The impact of the tragic November 26th attacks in Mumbai was significant. As a school, the unthinkable hit with the loss of parents, faculty siblings, and many lost friends. Yet, there is no option to resiliency…is moving or running away an option to seriously be considered, like one is any safer in some other city?

“Just as individuals can be more or less resilient, so can groups. Groups perform as well during a disaster as they performed before it. The healthier a culture or family, the better it absorbs stress and will recover. High functioning groups know how to communicate and help one another, and have the resources to do it. Even at the cellular level, camaraderie promotes survival,” Amanda Ripley states. As the adage goes, “chance favors the prepared” or the “eight P’s”: Proper Prior Planning and Preparation Prevents Piss Poor Performance. The prompt for this entry was Unthinkable, by Amanda Ripley. The website www.Unthinakable.com has some advice on relative risk – a thinking person’s guide to survival.

What a shame that a three-year-old child has to prepare for a terrorist, schools spend millions to move from being a soft target to hard secure zone and perimeter, or that a school would ever be hit by any country.

Is there a way to reduce this risk? Could the UN or some “body” create an agreement based on certification or verification that schools are untouchable to terrorism or war? Would we all agree that children have done nothing and have no place as targets in any cause? Should I act and take steps to find out if there is a collective olive branch where children are concerned?

Published on:April 29, 2009 Category: Preparation, School Security No Comments on Schools in the age of the “Unthinkable”